On November 10, 1980, “Mercury” label released “As One”, the eleventh Bar Kays album. It was recorded in 1980, at “Ardent Recording Studios” in Memphis, Tennessee, and was produced by Allen Jones.

On February 10, 2017, “Yep Roc” label released “Bobby Fuller Died for Your Sins”, the fourteenth Chuck Prophet album. It was recorded in 2016, at “Hyde Street Studios” in San Francisco, and was produced by Brad Jones, Paul Q. Kolderie, Chuck Prophet and Bill Wesemann.

All tracks by Chuck Prophet, except where noted.

In February 1972, “Island” label released “Oh How We Danced”, the debut Jim Capaldi solo studio album. It was recorded in December 1971, at “Muscle Shoals Sound Studios”, and was produced by Jim Capaldi and Chris Blackwell.

All tracks by Jim Capaldi, except where noted.

On June 30, 1986, “Sire” label released “True Blue”, the third Madonna studio album. It was recorded December 1985–April 1986, at “Channel Recording Studios” in Los Angeles, and was produced by Madonna, Stephen Bray and Patrick Leonard. “True Blue” was global commercial success, reaching number one in record-breaking 28 countries worldwide, spending 34 consecutive weeks at the top of the “European Top 100 Albums” chart, longer than any other album in history. It became the world’s top-selling album of 1986,and the best-selling album of the 1980s by a female artist. In 1986, as recognition of her impact on the popular culture, Madonna became the first female artist to receive the “Video Vanguard Award” at the 1986 “MTV Video Music Awards”. 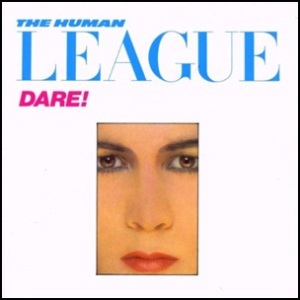