On April 1, 1984, Marvin Gaye died aged 45. He was shot by his father, Marvin Gay, Sr. at their house in West Adams district of Los Angeles. Gaye was cremated and his ashes were spread in the Pacific Ocean. His death was listed at No. 8 on “VH-1” “Classic’s 100 most shocking moments in music”. 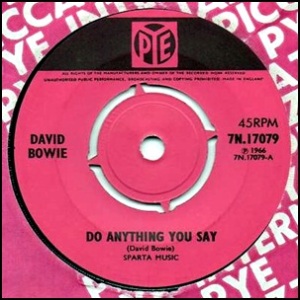 On April 1, 1966, “Pye Records” released “Do anything you say”, the debut David Bowie single. Bowie had previously recorded as David Jones and The Lower Third.  Composition “Good morning girl” is the B side of the single. Bowie (vocals, guitar) is accompanied by John Hutchinson (guitar), Derek Fearnley (bass), John Eager (drums) and Derek Boyes (keyboards). The single is produced by Tony Hatch.

On March 31, 1976, “Swan Song Records” label released “Presence”, the seventh Led Zeppelin studio album, The album material was written and recorded in period when Robert Plant was recuperating from the injuries he had sustained the previous year in a car accident. It was recorded November–December 1975 in “Musicland Studios” in Munich, and was produced by Jimmy Page. The album cover and inside sleeve was created by “Hipgnosis”. Together with the outtake album “Coda”,  “Presence” is the slowest selling Led Zeppelin album.

All tracks by Jimmy Page and Robert Plant, except where noted. 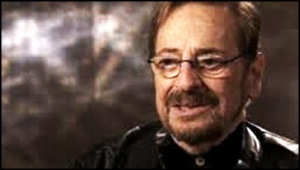 On March 30, 2013, Phillip “Phil” Ramone died aged 79. South African born, lived and worked in US, he was recording engineer, record producer, violinist and composer. In 1958, together with Jack Arnold he founded the recording studio “A & R Recording, Inc.” later became record company. Ramone is regarded as one of the most successful music producers ever, with 14 “Grammy” awards and cooperation with names such as Bob Dylan, Ray Charles, Elton John and Paul McCartney. He is also known as producer of the first major commercial release on CD, Billy Joel’s 1982 album “52nd Street”.

On March 13, 2015, Christopher David Allen better known as Daevid Allen died aged 77. He was one of the most important figures of the progressive and avant-garde rock, Born in Australia, moved in UK in 1961, he was founding member of “Soft Machine” (1966) and in 1967, in France he formed the legendary band “Gong”.

On March 27, 2000, Ian Robins Dury died aged 58. Being singer, artist, songwriter, bandleader and actor he was member of “Kilburn and the High Roads” and he is best known as the lead singer of  “Ian Dury and the Blockheads”. 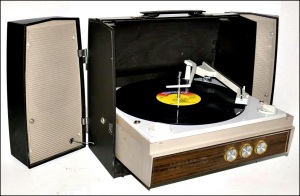 On March 27th, 1958, “CBS Records” announced the invention of stereophonic records. Although the new format would be playable on ordinary record players, when used on the new stereo players, a rich and fuller sound would be heard.