On May 10, 2019, “BMG” label released “Space Between” first Sammy Hagar and the Circle album, the eighteenth Sammy Hagar studio album overal. It was recorded in 2019 and was produced by Jaimeson Durr, Sammy Hagar and Vic Johnson.

All lyrics by Sammy Hagar, except where noted, all music as noted. 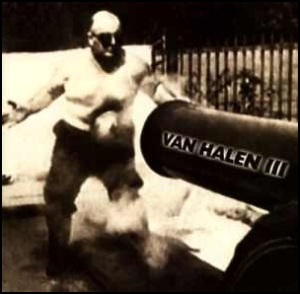 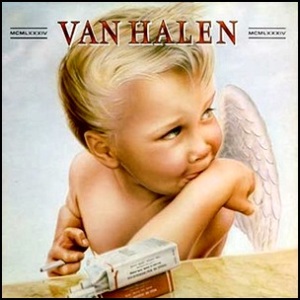 On January 9, 1984, “Warner Bros” label released 1984 (stylized as MCMLXXXIV on the album’s cover), sixth Van Halen studio album. It was recorded in 1983, at “5150 Studios” in Studio City, California, and was produced by Ted Templeman. The album cover art was by Margo Nahas.  The album was certified 5 x Platinum in Canada by “Music Canada’, Platinum in Germany by “BVMI”, and Diamond in US by the “RIIA”.

In July 1984, “SST” label released “Double Nickels on the Dime”, the third Minutemen studio album. It was recorded November 1983 – April 1984, at “Radio Tokyo Studios” in Venice, California, and was produced by Ethan James. “Rolling Stone” magazine ranked “Double Nickels on the Dime” at number 413 on its list of the “500 Greatest Albums of All Time”.

On June 18, 1991, “Warner Bros” label released “For Unlawful Carnal Knowledge”  (known as F.U.C.K.), the ninth Van Halen studio album. It was recorded March 1990 – April 1991, at “5150 Studios” and “Studio City”, in California, and was produced by Andy Johns, Ted Templeman, Eddie Van Halen, Alex Van Halen, Sammy Hagar and Michael Anthony. The album was certified Platinum in Canada by “Music Canada” and 3 x Platinum in US by the “RIIA”. 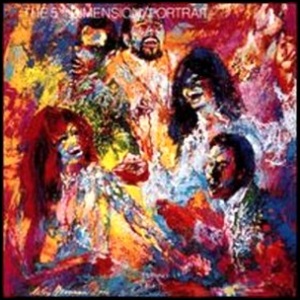 In April 1970, “Bell Records” label released “Portrait”, the fifth 5th Dimension album.  It was recorded August 1969-March 1970, at Wally Heider Studios in Hollywood, and was produced by Bones Howe. The album  cover features an impressionistic portrait by the artist LeRoy Neiman.

On the Beach (In the Summertime) – McNeil

On February 10, 1978, “Warner Bros” released the self titled, debut Van Halen studio album.  It was recorded August – September 1977, at “Sunset Sound Recorders” in Hollywood, and was produced by Ted Templeman. “Guitar World” magazine readers ranked the album at number 7 on a list of the “Greatest Guitar Albums of All Time”. In 2013, magazine “Rolling Stone” ranked “Van Halen” at number 27 of its list of the “100 Best Debut Albums of All Time”. The album sold more than ten million copies in the US by 1999 and was certified Diamond  by the “RIAA”.