On January 30, 1964, “Chess Records” label released “Folk Singer”, the fourth Muddy Waters studio album. It was recorded in September 1963, at “Tel Mar Recording” in Chicago, Illinois, and was produced by Ralph Bass and Willie Dixon. In 2003, “Rolling Stone” magazine ranked “Folk Singer” at number 280 on its list of the “500 Greatest Albums of All Time”.

All tracks by Muddy Waters, except where noted. 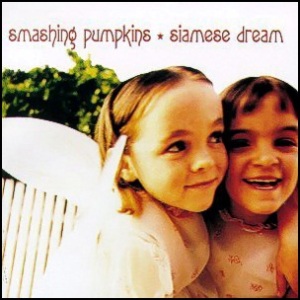 On July 27, 1993, “Virgin” label released “Siamese Dream”, the second Smashing Pumpkins studio album. It was recorded December 1992 – March 1993, at “Triclops Sound Studios” in Marietta, Georgia, and was produced by Butch Vig and Billy Corgan. In 2003, “Rolling Stone” magazine ranked it number 362 on its list of the “500 Greatest Albums of All Time”. The album was certified 4 x Platinum in Canada by “CRIA”, and 4 x Platinum in US by “RIAA”.

All tracks by Billy Corgan, except where noted.

On December 26, 1999, Curtis Lee Mayfield died aged 57. He was composer, singer-songwriter, guitarist, and record producer, regarded as one of the most influential musicians and composers in soul and politically conscious African-American music. He started the career in a gospel choir, gained wide recognition as member and main composer of The Impressions, and later had a successful solo career. “Rolling Stone” magazine ranked his 1965 song “People Get Ready” at number 24 on its list of the “500 Greatest Songs of All Time”. The same song was also included in the “Rock and Roll Hall of Fame 500 Songs that Shaped Rock and Roll”, and in 1998 was inducted into the “Grammy Hall of Fame”. His album with the soundtrack for the 1972 movie “Super Fly”  was ranked at number 72 on “Rolling Stone’s” list of “500 Greatest Albums of All Time”.  In 1994, Mayfield won a “Grammy Legend Award” in and a “Grammy Lifetime Achievement Award” in 1995. In 1991, he was inductee into the “Rock and Roll Hall of Fame” as a member of the Impressions, and in 1999 as a solo artist.

In November 1976, “Asylum” label released “The Pretender”, the fourth Jackson Browne studio album. It was recorded in 1976, at “The Sound Factory” in Hollywood, and was produced by Jon Landau. The album was ranked at number 391 on “Rolling Stone” magazine’s list of the “500 Greatest Albums of All Time”.

All tracks by Jackson Browne except where noted. 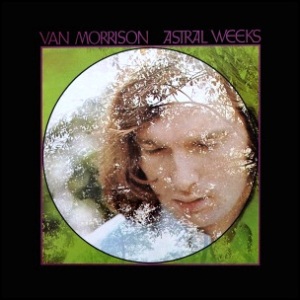 All tracks by Van Morrison.

Part One: In The Beginning

In October 1974, “Asylum” label released “The Heart of Saturday Night”, the second Tom Waits studio album. It was recorded in 1974, and was produced by Bones Howe. In 2003, “Rolling Stone” magazine ranked the album at number 339 on its list of the “500 Greatest Albums of All Time”.

All tracks by Tom Waits.