In February 1969, “Columbia” label released “I Stand Alone”, the debut Al Kooper album. It was recorded in 1968, and was produced by Al Kooper.

All tracks by Al Kooper, except where noted. 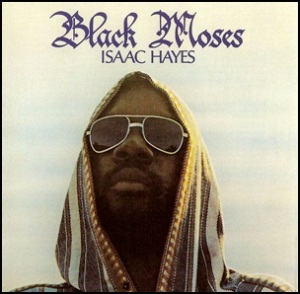 On February 4, 2014, “429 Records” label released “The Royal Sessions”, the twelve Paul Rodgers solo album. It was recorded in 2013, at “Royal Studios” in Memphis, and was produced by Perry A. Margouleff.

In November 1968, “Mercury” label released “The Ice Man Cometh”, the eleventh Jerry Butler. It was recorded September 1967 – September 1968, and was produced by Kenny Gamble and Leon Huff.

All tracks by Jerry Butler, Kenneth Gamble and Leon Huff; except where noted.

All tracks by Randy Fitzsimmons, except where noted.

On January 24, 1972, “Atlantic” label released “Young, Gifted and Black”, the nineteenth Aretha Franklin studio album. It was recorded August 1970 – February 1971, and was produced by Tom Dowd, Arif Mardin and Jerry Wexler. In 1972, the album won Aretha Franklin “Grammy Award for Best Female R&B Vocal Performance”. In 2003, the TV network “VH1” ranked it the 76th greatest album of all time.

On September 15, 1965, “Stax Records” released “Otis Blue/Otis Redding Sings Soul”, the third Otis Redding studio album . It was recorded from April – July 1965, at the “Stax Recording Studios” in Memphis, Tennessee and was produced by Jim Stewart, Isaac Hayes and David Porter. Redding was backed by house band Booker T. & the M.G.’s, a horn section of members of The Mar-Keys and The Memphis Horns, and Isaac Hayes as pianist.  “Rolling Stone” magazine raked “Otis Blue” at number 74 on its list of the“500 Greatest Albums of All Time”,