On January 11, 2005, “High Note” label released “I Remember Brother Ray”, the 34th David “Fathead” Newman album. It was recorded in August 2004, at “Van Gelder Studio” in Englewood Cliffs, New Jersey, and was produced by David “Fathead” Newman and Houston Person. The album was paying tribute to his bandleader and mentor Ray Charles.

On December 14, 2006, Ahmet Ertegun died aged 83. He was businessman, philanthropist, composer, and music producer. He was the co-founder and president of “Atlantic Records” (with Herb Abramson), and discovered and supported the careers of many rhythm and blues and rock musicians, including Aretha Frankiln, Led Zeppelin, and Ray Charles. Ertegun was chairman of the “Rock and Roll Hall of Fame”, and in 2017 was inducted in the “Rhythm & Blues Hall of Fame”. He was regarded as “one of the most significant figures in the modern recording industry”.

In October 1959, “Atlantic” label released “The Genius of Ray Charles”, the seventh Ray Charles album. It was recorded May – June 1959, at “6 West Recording” in New York City, and was produced by Nesuhi Ertegün and Jerry Wexler.

On July 29, 1986, “Family Productions” and “Columbia” labels released “The Bridge”, the tenth Billy Joel studio album. It was recorded 1985 – 1986, at “The Power Station”, “Chelsea Sound”, “RCA Studios”, in New York City and “Evergreen Studios”, in Burbank, California, and was produced by Phil Ramone. The album was certified Platinum in Australia by “ARIA”, 2 x Platinum in Canada by “Music Canada”, and 2 x Platinum in the US by “RIAA”.

All tracks by Billy Joel, except where noted. 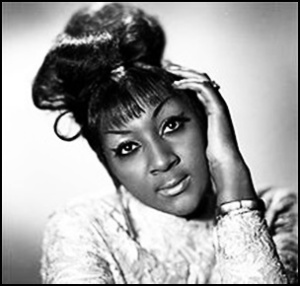 On July 19, 2001, Judy Clay died aged 62. She was a singer (soul, gospel),  member of Drinkard Singers, who later became better known as The Sweet Inspirations, and teamed with singer-songwriter Billy Vera. As a background vocalist, she worked with Ray Charles, Aretha Franklin, Van Morrison, Donny Hathaway, and Wilson Pickett.

On July 1, 1971, “Atco” label released “Everything Is Everything”, the debut Donny Hathaway studio album. It was recorded September 1969 – April 1970, and was produced by Donny Hathaway and Ric Powell.

Voices Inside (Everything Is Everything) – Richard Evans, Ric Powell, Phil Upchurch