On April 7, 1992, “Verve” label released “Qué Alegría”, the seventh John McLaughlin album. It was recorded November 29 – December 3 1991, at “Studio Bauer” in Ludwigsburg, Germany, and was produced by John McLaughlin.

All tracks by John McLaughlin except where noted.

All tracks by Tom Scholz, except where noted.

On December 3, 1983, “RCA” label released “The Amazing Kamikaze Syndrome”,  the eleventh Slade studio album.It was recorded in 1983, at “Portland Studios” and  “Rak Studios”, and was produced by Jim Lea and John Punter. All tracks written by Noddy Holder and Jim Lea.

All tracks by Noddy Holder and Jim Lea. 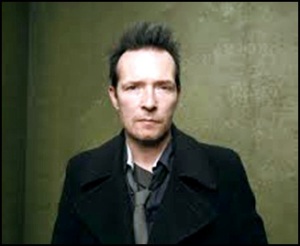 On December 3, 2015, Scott Weiland died aged 48. Being musician and singer-songwriter, Weiland was best known as the lead singer and frontman of Stone Temple Pilots (1986 to 2013), and “The Velvet Revolver” (2003 to 2008). He also had a solo career, releasing four studio albums, one cover album  and one live album. Weiland passed away in his sleep while on a tour stop in Bloomington, Minnesota.

On December 3, 1971, “Island” label released “Islands”, the fourth King Crimson studio album. It  was recorded in October 1971, at the “Command Studios” in London, and was produced by Robert Fripp, Mel Collins, Ian Wallace and Boz Burrell.

On December 3, 1965, “Brunswick Records” label released “My Generation”, the debut Who studio album. “My Generation” was recorded in April and October 1965, at the “IBC Studios” in London, and was produced by Shel Talmy.

All tracks by Pete Townshend, except where noted.

My Tweets
musicalphabet
Create a free website or blog at WordPress.com.