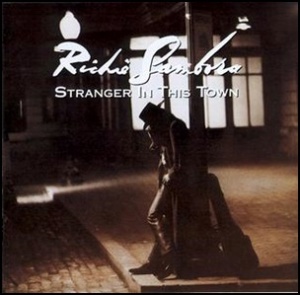 On September 3, 1991, “Mercury” label released “Stranger in This Town”, the first Richie Sambora album. It was recorded in 1991 and was produced by Richie Sambora and Neil Dorfsman.

All tracks by Richie Sambora, except where noted.