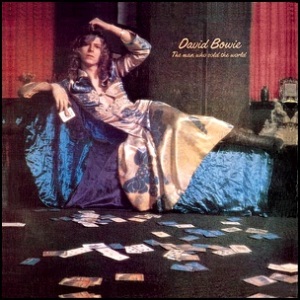 On November 4, 1970, “Mercury” label released “The Man Who Sold the World”, the third David Bowie studio album.  It was recorded April – May 1970, at the “Trident Studios” and “Advison Studios” in London, and was produced by Tony Visconti.

All tracks by David Bowie