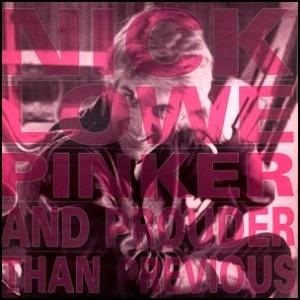 In February 1988, “Demon” label released “Pinker and Prouder Than Previous”, the seventh Nick Lowe studio album. It was recorded 1987 – 1988, at “Arlyn Studios” in Austin, Texas; “Power Plant Studios” and “Westside Studios” in London, “Rockfield Studios” in Wales, and was produced by Nick Lowe, Colin Fairley and Dave  Edmunds.

All tracks by Nick Lowe, except where noted.