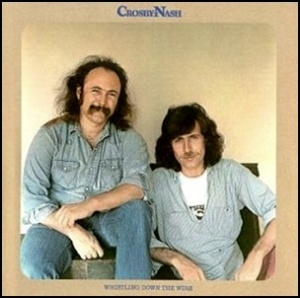 On June 25, 1976, “ABC” label released “Whistling Down the Wire”, the third Crosby & Nash album. It was recorded in 1976 and was produced by David Crosby and Graham Nash.