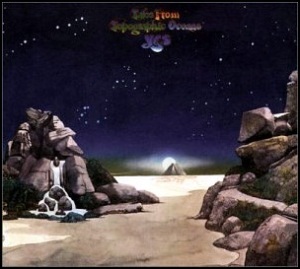 On December 7, 1973, “Atlantic” label released “Tales from Topographic Oceans”, the sixth Yes studio album. It  was recorded in 1973, at the “Morgan Studios” in London, and was produced by Eddy Offord, Jon Anderson, Steve Howe, Chris Squire,