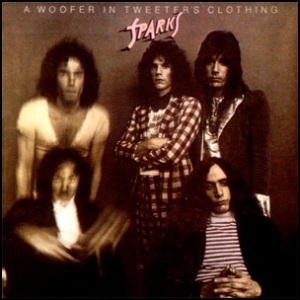 On January 25, 1973, “Bearsville” in 1972, label released “A Woofer in Tweeter’s Clothing”, the second Sparks studio album. It was recorded at “ID Sound at La Brea” and “Walley Heider Studios” and was produced by Thaddeus James Lowe.