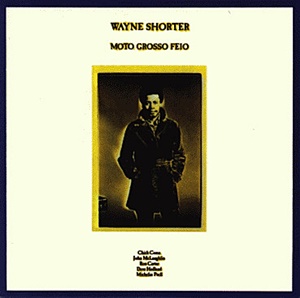 In August 1974, “Blue Note” label released “Moto Gross Feio”, the thirteenth Wayne Shorter album. It was recorded April – August 1970, at “A & R Studios” in New York City, and was produced by Duke Pearson.

All tracks by Wayne Shorter except where noted.