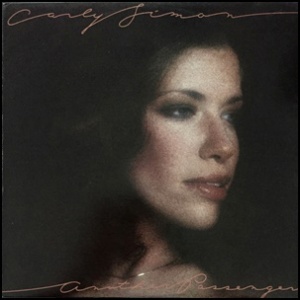 On June 5, 1976, “Elektra” label released “Another Passenger”, the seventh Carly Simon album. It was recorded in 1976, at “Sunset Sound Recorders” in Hollywood, and was produced by Ted Templeman.

All tracks by Carly Simon, except where noted.