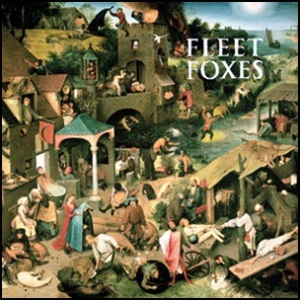 On June 3, 2008, “Bella Union” label released the debut, self-titled Fleet Foxes  album. It was recorded in 2007, and was produced by Phil Ek. The cover art is a detail of the 1559 painting “Netherlandish Proverbs” by Pieter Bruegel the Elder. “Times” ranked the album at number 1 on its list of the “100 Best Albums of the Year”; “Mojo” magazine ranked it and number 1 on its list of the “Top 50 Albums of 2008”. The album was certified Platinum in UK by the “BPI”.

All tracks by Robin Pecknold.