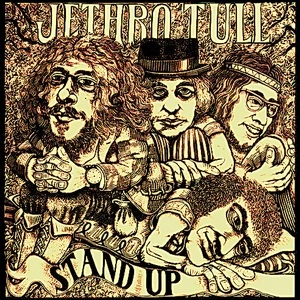 On July 25, 1969, “Island” label released “Stand Up”, the second Jethro Tull studio album. It was recorded April–May 1969. at “Morgan Studios” and “Olympic Studios” in London, and was produced by Terry Ellis and Ian Anderson. Before the recordings session began, the band’s original guitarist Mick Abrahams resigned because of musical differences with Ian Anderson; he was replaced by guitarist Martin Barre.

All tracks by Ian Anderson except where noted.