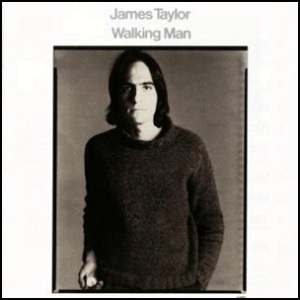 On June 1, 1974, “Warner Bros” released “Walking Man”, the fifth James Taylor studio album. It was recorded January–April 1974, at “The Hit Factory” in New York City, and was produced by David Spinozza.

All tracks by James Taylor, except where noted.