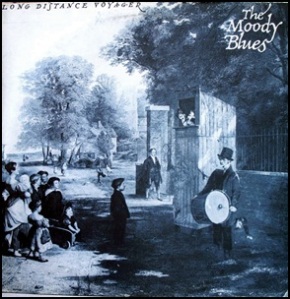 On May 15, 1981, “Treshold” label released  “Long Distance Voyager”, the tenth Moody Blues album. It was recorded February 1980 – April 1981, at “Threshold Studios” and “RAK Studios”, and was produced by Pip Williams.  It was the bands’s first album to feature keyboardist Patrick Moraz who replaced co-founder Mike Pinder.