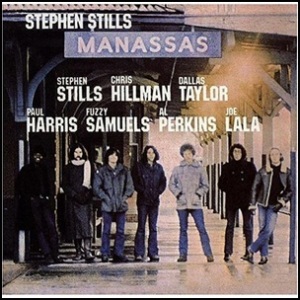 On April 12, 1972, “Atlantic” label released the self-titled, debut  Manassas album. It was recorded at “Criteria Sound Studios” in Miami, and was produced by Stephen Stills, Chris Hillman and Dallas Taylor.

All tracks by Stephen Stills, except where noted.

Rock & Roll Is Here to Stay