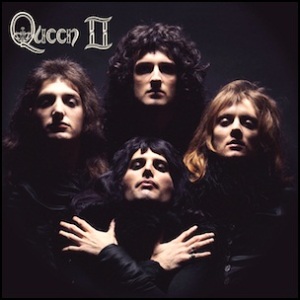 On March 8, 1974, “Parlaphone” label released “Queen II”, the second Queen studio album. It was recorded in August 1973, at “Trident Studios” in London, and was produced by Roy Thomas Baker, Robin Geoffrey Cable, Freddie Mercury, Brian May, Roger Taylor and John Deacon. The cover photography was by Mick Rock. In the 1994 edition of “The Guinness All Time Top 1000 Albums”, “Queen II” was voted number 202. In 2005, “Kerrang!” magazine readers voted “Queen II” the 72nd greatest British rock album ever. In 2006, the album was featured in “Classic Rock and Metal Hammer’s “The 200 Greatest Albums of the 70s.”

All tracks by Brian May except where noted.

All tracks by Freddie Mercury.