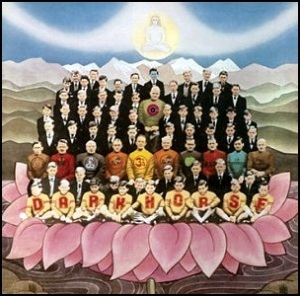 On December 9, 1974, “Apple” label released “Dark Horse”, the fifth George Harrison studio album. It was recorded November 1973, and August – October 1974, at “FPSHOT” in Oxfordshire and “A&M Studios” in Los Angeles, and was produced by George Harrison.

All tracks by George Harrison, except where noted.