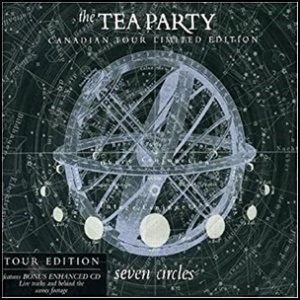 On August 17, 2004, “EMI Music Canada” label released “Seven Circles”, the seventh Tea Party album. It was recorded in 2004, at “Orange Studios” in Toronto, “Plantation Studios” – Haiku Hill, Maui, and “Metalworks Studios” in Mississauga, ON, and was produced by Jeff Martin, Gavin Brown, and Bob Rock.

All tracks by Jeff Martin, Stuart Chatwood and Jeff Burrows, except where noted.