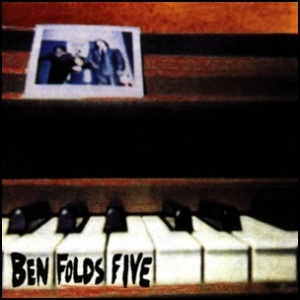 On August 8, 1995, “Passenger Records” label released the self-titled, debut Ben Folds Five studio album. It was recorded in February 1995, at Wave Castle, North Carolina, and was produced by Caleb Southern.

All tracks by Ben Folds, except where noted.