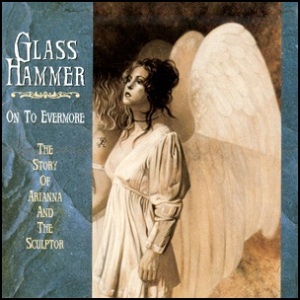 On February 18, 1998, “Arion Records / Sound Resources” labels released “On to Evermore”, the third Glass Hammer studio album. It was recorded in 1997, and was produced by Steve Babb and Fred Schendel.