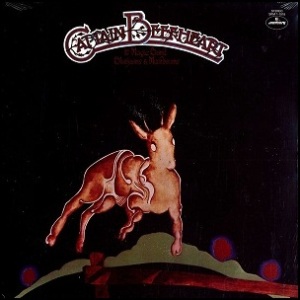 In November 1974, “Mercury” label released “Bluejeans & Moonbeams”, the ninth Captain Beefheart album. It was recorded in August 1974, at “Stronghold Sound Recorders” in Hollywood, and was produced by Andy DiMartino.  The album cover was a painting by Victor Hayden.