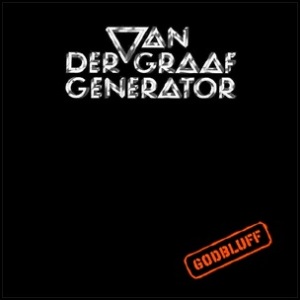 In October 1975, “Charisma” label released “Godbluff”, the fifth Van der Graaf Generator album. It was recorded in June 1975, at “Rockfield Studios” in Monmouthshire, and was produced by Peter Hammill, David Jackson, Hugh Banton and Guy Evans. The band logo that was designed by John Pasche.

All tracks by Peter Hammill, except where noted.