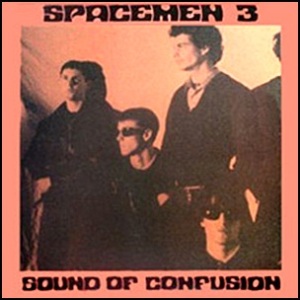 In July 1986, “Glass Records” label released “Sound of Confusion”, the first  Spacemen 3 studio album. It was recorded in 1986, and was produced by Peter Kember, Jason Pierce, Pete Bain and Nicholas Brooker.

All tracks by Peter Kember, Jason Pierce, except where noted.