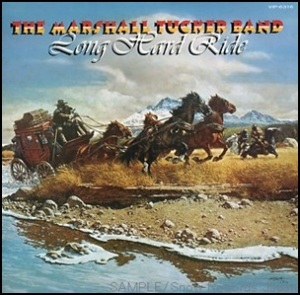 In June 1976, “Capricorn” label released “Long Hard Ride”, the fifth Marshall Tucker Band studio album. It was recorded in 1976, and was produced by Paul Hornsby.

All tracks by Toy Caldwell, except where noted.