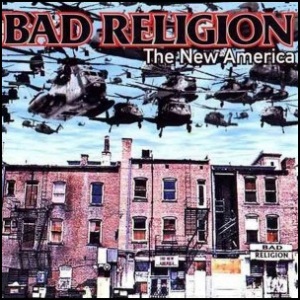 On May 9, 2000, “Atlantic” label released “The New America”, the eleventh Bad Religion studio album.It was recorded October-December 1999, at “Victor’s Barn” in Kauai, Hawaii, and was produced by Todd Rundgren.

All tracks by Greg Graffin, except where noted.