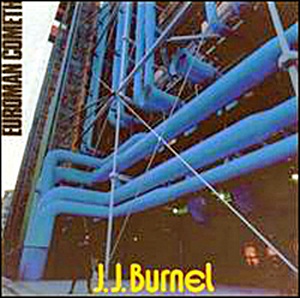 On April 6, 1979, “United Artists” label released “Euroman Cometh”, the debut  J. J. Burnel album. It was recorded in 1978 at “TW Studios” and “Eden Studios” in London, and was produced by Alan Winstanley, Martin Rushent and J.J. Burnel. The album cover features a photograph of the “Centre Georges Pompidou” in Paris.

All tracks by J.J. Burnel; except where noted.