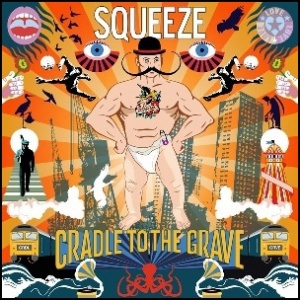 On October 2, 2015, “Virgin EMI” label released “Cradle to the Grave”, the fourteenth Squeeze studio album. It was recorded in 2015, and was produced by Glenn Tilbrook and Laurie Latham.

All tracks by Chris Difford and Glenn Tilbrook.