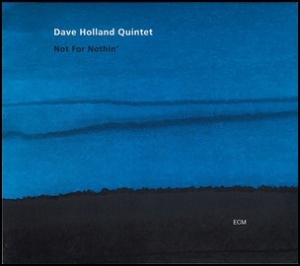 On August 21, 2001, “ECM” label released “Not for Nothin’”, the thirteenth Dave Holland album. It was recorded in September 2000, at “Avatar Studios” in New York City, and was produced by Dave Holland.

All tracks by Dave Holland, except where noted.