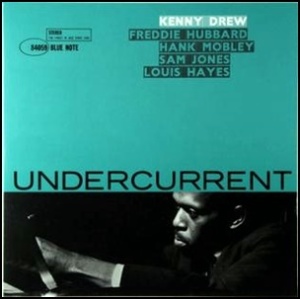 In June 1961, “Blue Note” label released “Undercurrent”, the eleventh Kenny Drew album. It was recorded in December 1960, at “Van Gelder Studio” in Englewood Cliffs, New Jersey, and was produced by Alfred Lion.

All tracks by Kenny Drew.