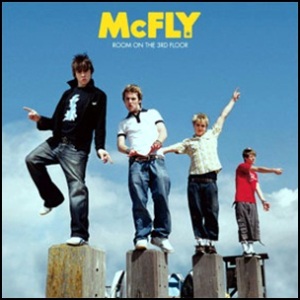 On July 5, 2004, “Standard Records” label released “Room on the 3rd Floor”, the debut McFly studio album. It was recorded December 2003 – April 2004, in London, and was produced by Craig Hardy, Hugh Padgham, Tim ‘Spag’ Speight and Jay Renolds. The album was certified Platinum in UK by “BPI”.