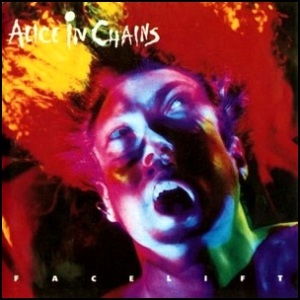 On August 21, 1990, “Columbia” label released “Facelift” the debut Alice in Chains studio album. It was recorded December 1989 – April 1990, at “London Bridge Studio” in Seattle; “Capitol Recording Studio” in Hollywood, and was produced by Dave Jerden. The album was certified 2 x Platinum in the US by the “RIAA”.

All tracks by Jerry Cantrell, except where noted.