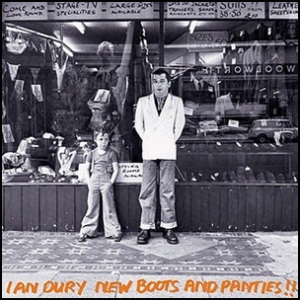 On September 30, 1977, “Stiff Records” released “New Boots and Panties!!”, the debut Ian Dury album. It was recorded in 1977, at “The Workhouse” in London, and was was produced by Peter Jenner, Laurie Latham and Rick Walton. The album was certified Platinum in the UK by the “BPI”, and was among the UK’s 30 best selling albums of both 1978 and 1979.

All tracks by Ian Dury and Chaz Jankel, except where noted.