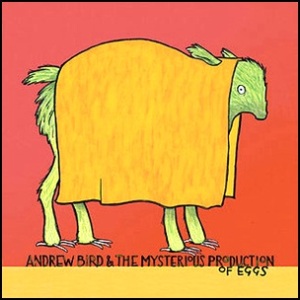 On February 8, 2005, “Righteous Babe “label released “Andrew Bird & the Mysterious Production of Eggs”, the sixth Andrew Bird album. It was recorded in 2004, and was produced by Andrew Bird and David Bouche. The album art and the track illustrations in the booklet, were drawn by Jay Ryan. “Pitchfork Media” placed the album at number 181 on their list of top “200 albums of the 2000s”.

All tracks by Andrew Bird.